We are a non-profit, non-governmental organization based in Erfurt, founded in 2005 and run by young professionals, who are designing, implementing and evaluating local and international youth projects. CGE Erfurt e.V. has more than 10 years of experience creating educational concepts, that allow participants to develop a self-defined strategy of learning in the framework of non-formal education.

OUR FIELDS OF WORK 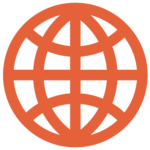 For many years, education has concerned itself with preparing people to coexist with their peers and assume the responsibilities that exist in society entails. Today, more than ever before, educationa...
Read More 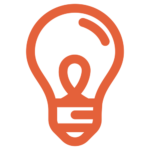 Unemployment is one of the problems that an individual may face today. According to a report from Eurostat, as of March 2017 an estimation of 19.716 million men and women in the EU-28, of whom 15.515 ...
Read More 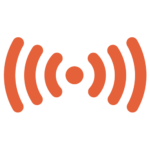 With the widespread use of social media, information is spread easily. Hate speech online, spread of fake news, irresponsible and inappropriate usages of different social networking sites are some of ...
Read More 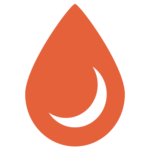 CGE also works on various initiatives that promote sustainable development and the well being of the people in the community particularly the youth. The organization believes that to be able to live o...
Read More

WANT TO EXPLORE EUROPE AS A VOLUNTEER?

These are our projects done in the last 6 months.

How Do We Remember?

Call for participants living in Germany: Youth Exchange in Mühlhausen

Back in November, we went back to the future! Again! 4 members of CGE Erfurt went to Thessaloniki, Greece (without the DeLorean) to facilitate the second Youth Exchange of Show Me a Future II - Dare ...
admin 0 Blog Erasmus Plus, Greece, Show Me A Future, Thessaloniki

Whose city? Youth Work in the Shrinking City – Conference 2-4 December

‘’The city is boring and there are no offers for teens. You can not do anything in summer or you already know it inside out.’’ ‘’Even the people living here do not convey a good impression among t...
admin 0 Blog Conference, ErasmusPlus, Shrinking Cities, Weimar 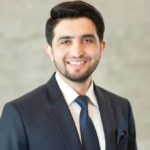 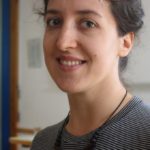 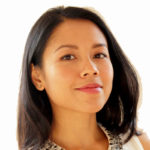 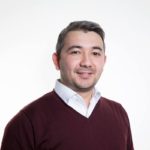 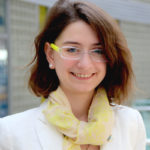 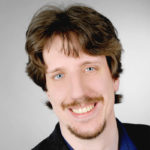 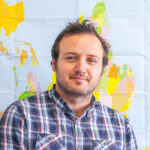 Mateeullah is undertaking his PhD research on ‘Community Affairs in Transition’ at the University of Erfurt. With Master’s degree in Public Policy from Willy Brandt School of Public Policy and former experience in research and project management, he has been assisting CGE in initiatives, projects execution and organizational matters. Previously, in his capacity as Young Parliamentary Associate he helped the parliamentary committees in the Parliament of Pakistan. His interests include democratization processes, educated youths’ impact on society and evolutionary development of community affairs.
-Mateeullah Tareen
Bojana has been involved in different fields of activism and human rights initiatives in last five years. She has a Bachelor degree in international law which she has earned in Tuzla, Bosnia and Herzegovina. Bojana has LLM degree in Comparative Constitutional Law from the Central European University and MA degree in Human Rights and Democracy in Southeastern Europe from the University of Sarajevo. Bojana has specialized in the area of constitutional theory and framing and forming constitutional identities. Bojana is a founder and board member of Tuzla Open Center, a nongovernmental organization which works on the promotion of LGBTI and women`s rights. At the moment she is engaged with the Culture Goes Europe as a project coordinator and youth trainer.
-Bojana Matuzovic

Natalia has finished her Master in Public Policy at the Willy Brandt School at the University of Erfurt. Her research thesis topic was “The European Union strategy to counter fake news from a regulatory perspective”, which is relevant to the activities of CGE in the area of media education. Her degree in Legal and Social Sciences from the faculty of Law of the University of Chile also helps her in the work as project assistant.

-Natalia González
Ammalia is a project manager, researcher, urban planner, and teacher. She gained experience as urban planner and designer in Amsterdam (Netherland) and Koszalin (Poland). She has been teaching at the Bauhaus-Universität Weimar with the topic of "Changing Landscape and Sustainable Urban Planning", while conducting her PhD research from 2012-2017. In CGE, she works as project manager mainly on the theme of sustainable education and capacity building.
-Ammalia Podlaszewska
Zafar is the Managing Director of CGE Erfurt e.V. He is experienced in programme/project management, project development and evaluation, overseas experience and an advanced academic degree in Public Policy. He has Bachelors degree in Management and Master of Public Policy degree from the University of Erfurt, Willy Brandt School of Public Policy. Since then he also worked as a Programme officer at the PLATTFORM e.V. Prior to his Master studies, he gained experience in project management, fundraising, coordination, project development and evaluation in various international organizations and NGOs such as USAID, The Pragma Corporation, UNDP and OSCE.
-Zafar Saydaliev
Marina is a graduate of the School of International Economic Relations and Tourism Business, V. N. Karazin Kharkiv National University. Her scientific field of interest lies within convergence of knowledge, technology and society (CKTS) with the focus on U.S. and EU science policy. She did her European Voluntary Service in European Youth Education and Meeting Centre in Weimar, thus gaining extensive experience in non-formal education. Marina is also a member of Ukraine Debate Federation.
-Marina Bykova
Moritz is a project coordinator at CGE, an inter-disciplinarily trained social scientist, NGO-administrator and writer. Having studied in Jena, Vilnius and at the Willy Brandt School of Public Policy in Erfurt, he left university with degrees in Governmental Studies and Public Policy and has been writing about the impact of the web on society writ large and structural challenges to today's societies since the late 2000s. At CGE, he develops and implements projects on structural problems in today’s Europe such as the future of the European idea, how to effectively combat far-right populism by means of remembrance and education, or the active participation of refugees in European civil society.
-Moritz Borchardt
Grigoriy has been involved with CGE since May 2016 in different capacities – from participating to organizing workshops and assisting with organizational tasks. Currently, he holds a Master’s Degree from University of Erfurt in Public Policy. His focus of interest and experience is on Educational Policy and International Development, particularly addressing the digital divide. He is an RPCV and served as a Peace Corps Volunteer in Mozambique between 2012-14.
-Grigoriy Grigoryev