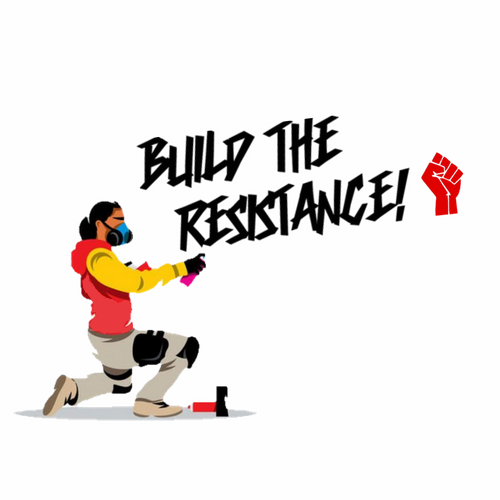 Far-right, populist and nationalist organizations are growing all over Europe, and many of them have become present in national parliaments for the first time in many decades – in Germany the populist anti-immigration party AfD got 13% in the national elections, in Greece the far-right party Golden Dawn as seen an increase in both militant activity and electoral results and in Italy the populist anti-European Five Star Movement won the national elections and openly fascist movements such as Casa Pound saw a considerable growth in militancy and street violence against immigrants and minorities. These are just a few examples of a phenomenon that, although different in intensity and specific conditions of each country, is common to all countries of Europe. Considering the past of European countries and the last time that there was such disbelief in liberal democracy and the so called “traditional parties”, it is safe to say that Europe is now a fertile ground for the growth of racism, xenophobia and, ultimately, authoritarian regimes, which compromise the European Union’s core beliefs from within and it’s stability. Nevertheless, even if these parties/movements are not able to form governments they represent a very real and imminent danger, as we have seen as hate crimes based on xenophobia, racism and political persecution become more and more frequent around Europe and the world. This project aims at giving youngsters the tools to combat this phenomenon at their root: their home towns, especially in under-privileged communities.

To reach the aims of the project, we designed two activity:
[ap_tab_group type=”horizontal”]
[ap_tab title=”Youth Exchange in Sintra”]Youth Exchange held in October 2018 in Sintra, Portugal.

This youth exchange will look at far-right growth and the movements that tried to counter it from an historical perspective, analyzing their how their strategies and ideology has mutated along the years. There will be street-art workshops for the participants to experiment creative and innovative ways to combat racism, xenophobia and prejudice in general.
Number of participants: 38

Profile of participants: Youngsters between 16 and 26 years old who are interested in learning more about anti-racist organizing and in starting grass-root projects in their hometowns, from the countries mentioned above.
[/ap_tab]
[ap_tab title=”Youth Exchange in Weimar”]Youth Exchange held in February 2019 in Weimar, Germany.

This youth exchange will look at far-right movements now-a-days and the initiatives trying to counter their growth, analyzing how their strategies and ideology have changed since the thirties and how the response of anti-racist activists should adapt to be more effective. There will be street-art workshops for the participants to experiment creative and innovative ways to combat racism, xenophobia and prejudice in general, mostly with through stencil art.

Profile of participants: Youngsters between 16 and 26 years old who are interested in learning more about anti-racist organizing and in starting grass-root projects in their hometowns, from the countries mentioned above.
[/ap_tab]

Different forms and methods of non-formal education will be used during the workshops. Those activities will include; media inputs, simulations, exercises, conversations with experts and excursions to relevant places. There will be four workshops dedicated exclusively to conceptualizing and painting a mural and stencils about antifascism in the past and now-a-days. Methodologically we will try to ensure that learning will happen on both intellectual and emotional level.

In addition to the above-mentioned methods, we will use various team building exercises to create a strong connection among the group members and ensure fruitful group dynamics within which everyone will feel safe to share own opinion.

Trainers will monitor and enhance the project team’s work, making sure it’s effective and completed by the end of each youth exchange. Also, we are planning to offer space for self-organized evening activities for participants.

The goal is to raise awareness between the participants about the dangers of far-right populism and nationalism, how tragic they have been in the past and the reasons they are rising again and give them the tools, the knowledge and the incentive to organize and build grass-root movements within their communities back home to fight these ideas, to educate their communities and involve them in educative and solidarity actions to combat the recruiting, organizing and growing of far-right nationalist groups, especially in low-income communities. It’s expected that participants will be able to analyze the political shifts that happened in Europe throughout the decades, understand how and when the far-right took advantage of them and try to adapt the methods used in the past to contain their growth to the present reality.

Concerning the partner organizations, they will support the participants in the task they will have between youth exchanges (discovering far-right and anti-racist organizations that exist in their community, understand their strategies and reflect on them) and in the projects they will implement afterwards, therefor they will find new strategies to stop the radicalization of youth, as well as new perspectives about what causes it.

In order to increase the impact on the indirect target group (the people surrounding the participants, their family, peers and colleagues) we will specifically ask the participants to post about the project on social media, used the hashtag that we choose for promotion and discuss the project and its’ results in their schools, universities and homes.