May is a month full of long weekends and sunny weather. It literally provoked our team to go on exploration tour in the wildest areas of Thuringia. If you were always curious, where the fantastic beasts are living… CGE knows the answer.

European folklor is uncreadibly rich on the powerful characters with reptile nature: Fahner or Fafnir, Tatzelwurm, Lindworm, others. They are predators, they are perpetrators, thez are the richest creatures on earth and the wisest at this land. They need young women and fresh blood; each part of their body is a treasure: it can heal or give the immortality, can protect from enemies or help to defeat the demons. Symbolic meaning of dragons for German culture is hard to overestimate. Even in the TOP “must-see” places in Germany are – Drachenfels (Dragon Rock) and Schloss Drachenburg (Castle of Dragon) in the Nordrhein-Westfalen. Ofcourse, we shouldn’t forget about midieval-festivals, which are taking place in each region of Germany, where the culmination is the spectacular fight with the huge doll of dragon. It is impossible to travel in this country and avoid something “dragonic”. To feel the spirit of ancient timas and to explore where is the fantastic creatures’ nest – CGE friends turn their feet towards adventure 🐉.

On the 12th of May the group of 13 young people from Weimar, Erfurt and Illmenau started the hiking route from Eisenach to … Drachenschlucht (Dragon’s Canyon)! Through the oak and beech forests, by the winding roads – right to the gorgeour natural mirracle of Thuringia. The ancient canyon raises above visitors up to 10 meters. The passage between the huge boulders is narrow, wet and totally green. The rocks, stones, fallen trees – everything is covered by soft emerald moss. As an endless carpet, which is wrap viewer around and ask to stay for longer. The sounds are blur and lost, only the sound of river under the foot has meaning. Millions of sparkling drops are in the air, the temperature in the gorge never rises more than to +18 degree. Footprints of animals, wild flowers and singing birds in the hight levels of tree crowns – everything remind that people just guests at this venue.
Magical place.

The legend says the Eisenach city patron, saint George 😇 – The Dragon Slayer, put his sword thorugh the dragon’s throat, ending the terror of a mysterious creature over the whole region and thus establishing the longed peace… The truth we will never know, but the modern legacy definitely worth the visit. The erosion formed one of the largest geological and morphological sites in the region. In 1977, the Drachenschlucht, Landgrafenschlucht (two natural canyons in the forests of Thuringia) and some grottos nearby were protected as geological natural monuments, so the natural process are going in organic/not-regulated way. Nowadays the Dragon’s Canyon is one of the most thrilling geological landmarks in Thuringia. In this place eveyone will find the resourses for recovering after intensive working days. 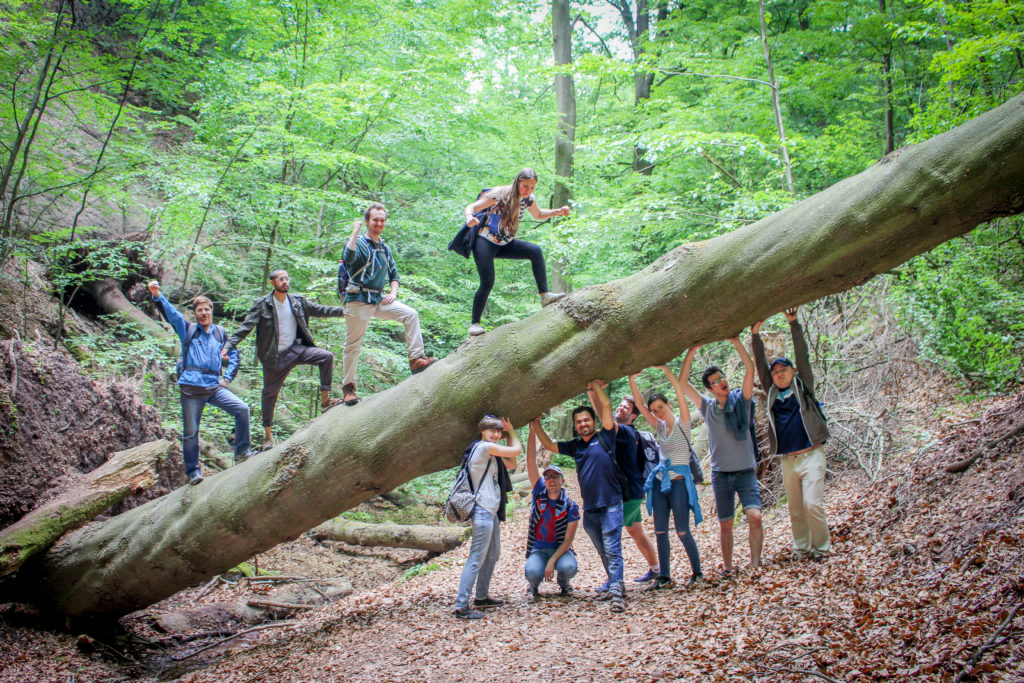 To join the next expedition of CGE’s friends – follow us in social media.