Even in 2018, World War II casts a considerable shadow over the politics and education of the day – and justifiedly so. From the rise of far-right populism in many parts of Europe, and a resurgence of “strong-man” leaders, this part of history serves as an important warning to educators and activists today.

To combat and highlight these issues, CGE organized the workshop “How do we remember? Remembrance in Belarus and Germany” on May 16th in the Topf & Söhne remembrance site in Erfurt. Together with our partners from the Belarusian Oral History Archive and the Geschichtswerkstatt Leonid Lewin, and with support and contributions from the Topf & Söhne remembrance site, we compared how the post-World War II history in Belarus and Germany affected the remembrance cultures in the two countries.

To do so, in the first part of the event, the speakers focused on connecting each countries’ history with the resulting remembrance cultures. Thus, the complex implications of WWII on a first split, now reuniting Germany were discussed, as was remembrance in Soviet and post-Soviet Belarus and the challenges to remembrance work today – in light of the Lukashenka regime and the rise of the Alternative für Deutschland respectively.

The following second part then delved into the methods and methodologies employed in both countries to combat their respective shortcomings. Doing so, our colleagues from the Belarusian Oral History Archive and the Geschichtswerkstatt Leonid Lewin presented newly developed educational materials on the Minsk Ghetto to be used in Belarusian high schools, whereas the Topf & Söhne site provided insights into the approach and methodology of their museum, their activities and recent discussions in the German sphere of museums and remembrance sites.

The workshop concluded with a discussion among the speakers and participants of the workshop that once more highlighted the challenges in remembrance work and history education about the atrocities of World War II and their fundamental importance today to avoid making those terrible and terrifying mistakes once again.

We would like to thank our Belarusian partners and speakers Iryna Kashtalian, Tacciana Haiduk and Darya Kasiakova, and their German colleague Beatrice Paetzold, representatives from the Topf & Söhne remembrance site, Rebekka Schubert and Rüdiger Bender as well as translator Katja Romaniuk for their important work and contributions to the event, and the ease of collaboration with all involved. 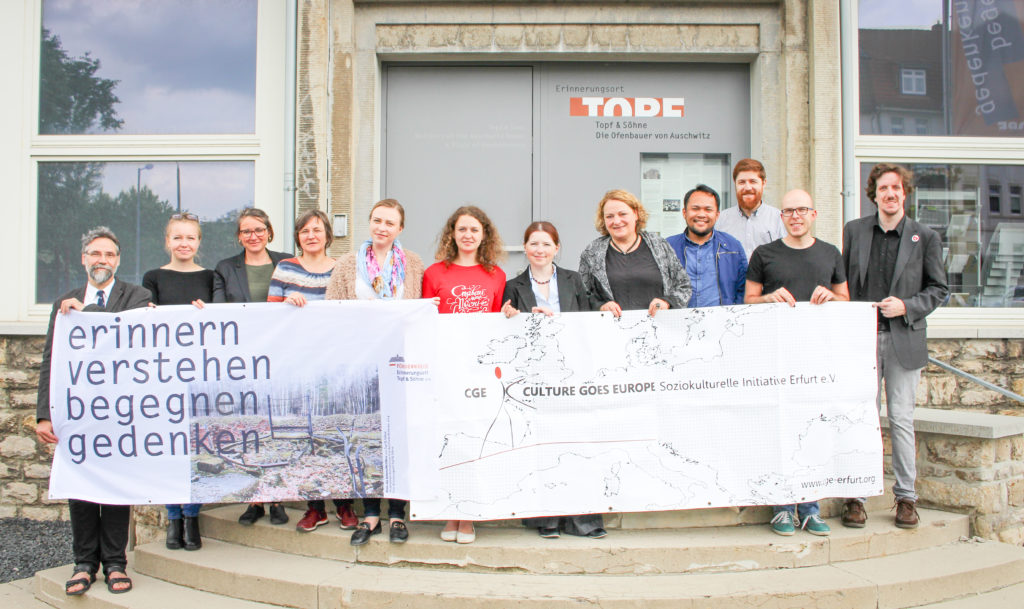 The event was organized and moderated by CGE’s Moritz Borchardt and made possible with funding from the International Holocaust Remembrance Alliance.