It is the good (and legally required) custom of any an organization in German lands to meet once a year and discuss the events of the years past and future. And so, it came at a time just after midsummer that the members of CGE Erfurt e.V. met in their office to do exactly that.

As is tradition by now, the annual members meeting of CGE was a welcome opportunity for the members of the association, the staff members, volunteers and interns to discuss and reflect about the activities of the previous year and make plans for the next. Of special interest in this year was the presentation of an internal evaluation questionnaire in which CGE’s staffers and volunteers were given the opportunity to reflect on the daily work in the organization and how to best develop it in the future. Bringing together a wide variety of experiences and points of view, not just on the work of the organization, but also on the structural challenges CGE faces, many an interesting project was discussed, issues raised, and potential solutions elaborated on.   One cornerstone of annual meetings is the approval of the actions of the executive board during the past year and the election of a new board – and without knowing, just as we approved the past board’s actions, we found ourselves at the end of an era in the history of our organization: After 13 years at the helm of the organization, CGE founder Markus Rebitschek retired from his position as the organization’s chairman.

With this step, the 29.06.2018 marks the first time in CGE’s history that no member of its founding group is directly involved with the day-to-day conduct of the organization.

As one era ends, a new one begins and we could not be happier with the new board members that stepped forward to lead our organization, together with managing director Zafar Saydaliev, into the 2020s – and so we are very proud indeed to present our new board:
Chairwoman: Dr. Ammalia Podlaszewska (in the middle)
Vice-Chairwoman: Maryna Bykova (on the right side)
Treasurer: Moritz Borchardt (on the left side) 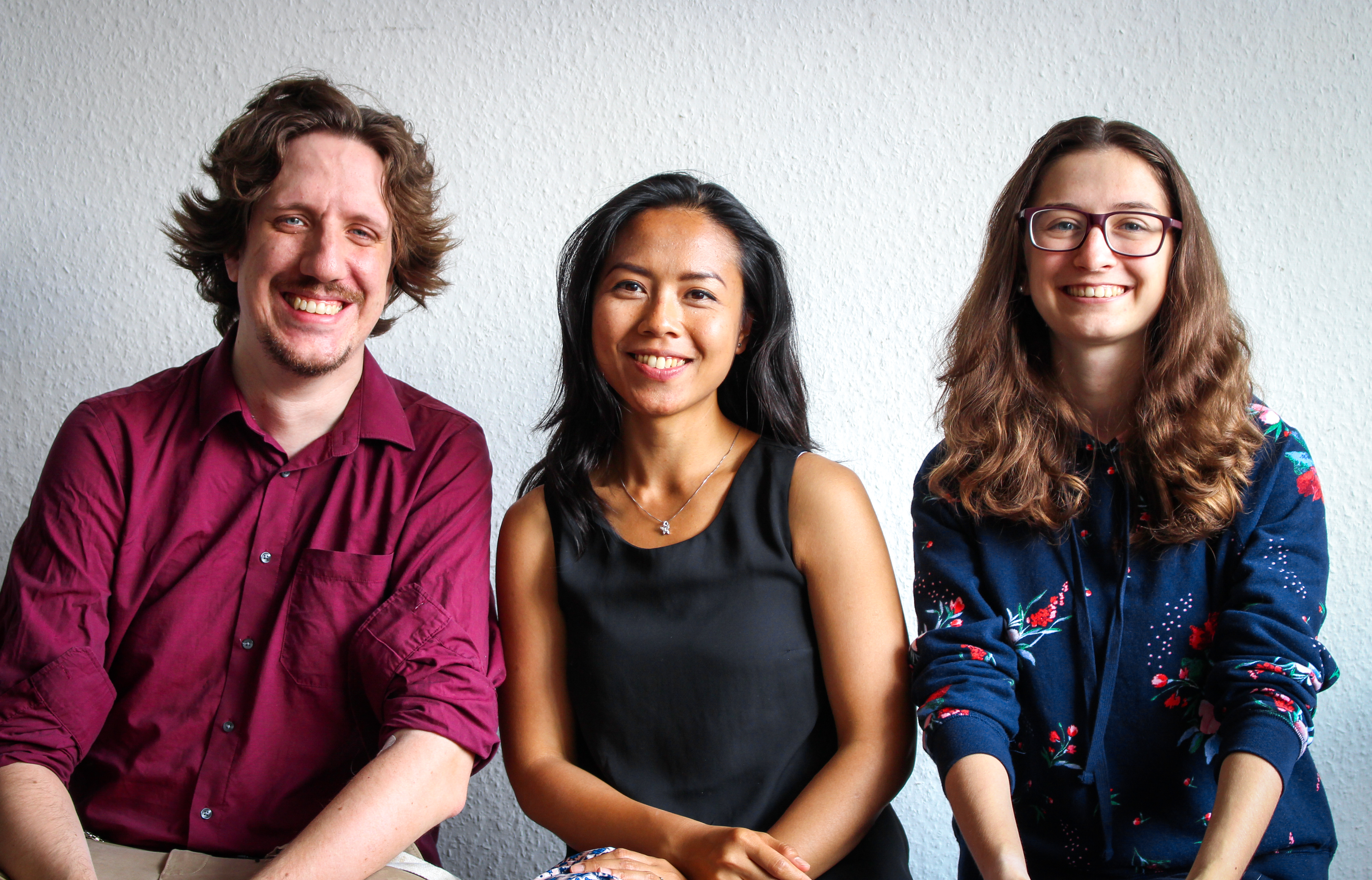 These three people do not just symbolize the future of CGE in their role as board members, but also one of the core convictions and values in of our organization: Strength through Diversity, combining cultural and professional experiences from Indonesia, Ukraine and Germany with a track record of working together on a variety of projects as staff members and project managers for CGE.

We would like to thank the previous board – Kai Siegel, Aleksej Stepanov and especially Markus Rebitschek, without whom our organization simply would not exist, the various members, staffers, volunteers, and interns for their contributions to the meeting and look forward to what’s next!